← more from
Carpark Records
Get fresh music recommendations delivered to your inbox every Friday. 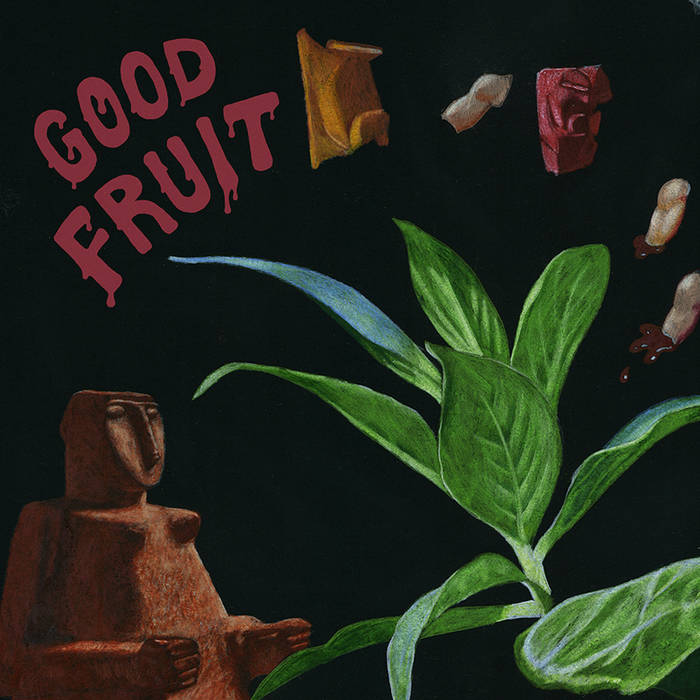 If TEEN’s 2016 album "Love Yes" was a bursting, harmony-infused synthpop thesis on embracing love, then its follow-up, the even more joyous and melodic "Good Fruit," is its opposite, a look at what happens after love fades. The Lieberson sisters—Teeny, Lizzie, and Katherine—have, with their fourth album, crafted a dynamic, hook-stuffed take on the oft-trodden breakup album; as on prior releases, there are frequent meditations on death, capitalism, and womanhood.

The sisters—and Boshra AlSaadi, a longtime TEEN member who left a year into songwriting to focus on her own music—spun together "Good Fruit" in a few places, over roughly a year, as they aimed to break free of the notorious write-record-tour cycle. At a week-long session in Montreal in February 2017, they began working on “Radar,” a Lizzie-penned ballad that explores a previously unmentioned formative trauma. Another Montreal week in April 2017 birthed a large chunk of Good Fruit, and a five-day expedition in upstate New York led to “Putney,” a slinky, bassy bop that deals with how projected ideals and personal fantasy play into sex and misogyny.

“Runner” came last, arising from an environment where the sisters surely feel the most comfortable: New York, the city where they’ve lived for over a decade. Perhaps the album’s most bursting, beatific, synth-driven track, “Runner,” which reflects on fleeing a relationship as a partner wants to become closer, jelled just before the album was completed, in an NYC home studio belonging to TEEN collaborator Miles Francis.

While recording "Good Fruit," the sisters employed a self-described “reductive approach,” strove to create space within their songs, and, for their first time, self-produced the album (save a few co-productions from Francis, who also played on some songs). These techniques explode the glistening, sprinting glamour of “Only Water,” a deceptively upbeat number about death and the loss of a loved one. They inform Good Fruit’s handful of ballads too, including “Pretend,” which rings with a vast, unsettling static fuzz even as Lizzie beautifully recounts the disappointment of realizing a partner wasn’t all she’d built them up to be.

When love fades, TEEN soars. “A lot of what ties 'Good Fruit' in...is forging new paths for ourselves and letting go of old ways of doing things,” Teeny says. The band’s intentional amendments to its longtime formula have resulted in its most mature, nuanced, and exhilarating statement yet.

Bandcamp Daily  your guide to the world of Bandcamp